Outdoor CreatIve fun for all ages! Practical Ways to Avoid Stress When Traveling with Young Kids

How to Make Traveling With Kids Less Stressful - Guest Blog by Leslie Campos from Wellparents.com. Looking for quick and easy fun games to play this summer? Grab some sidewalk chalk and keep the kids active for hours with these ideas. How Walkie Chalk raised strategic capital for our toy invention and start-up! Look Out! 2018 Sidewalk Chalk Art Festivals Are Coming in Michigan

It may still be snowing here in the Midwest but Spring is right around the corner...

Yes, it is - and that means sunshine, getting outside and finding fun creative things to do with your kids on the weekends. One very cool thing is to check out a Street Art Sidewalk Chalk Frestival - fun and when you see the artwork, it's amazing! Here are a few really great festivals happening in Michigan in 2018, and Walkie Chalk may just pop up at a few!

https://www.stjoetoday.com
If you're out in one of these great towns this summer, be sure to check out the sidewalk chalk festivals - Outdoor fun for the family. And - feel free to let us know what great art you happen to see - www.facebook.com/walkiechalk post a picture!
Happy Chalking!
Shauna & Matt Damman
www.WalkieChalk.com PlayMonster LLC announced today it has acquired the worldwide license for Walkie Chalk®, the innovative sidewalk chalk holder that empowers kids and adults to “Stand Up & Draw!”® The Hottest Outdoor Toy of 2017 Hits a Store Near You: "Stand Up & Draw" With Sidewalk Chalk!

From Kickstarter to 5,000 stores in less than 9 Months!

Whew, that's a lot of walking.... but, we're just getting started!

We were fortunate enough to get orders nationally from: Toys R Us, Bed Bath & Beyond, MIchaels, Hobby Lobby, Ace Hardware and more....

Shauna's ingenuity lead to me inventing her a solution a little over a year ago - called Walkie Chalk - because after having our 3rd child, she couldn't get on the ground to draw with sidewalk chalk.

Now - her picture is hanging on our packages in over 5,000 stores, in less than year - and, kids, parents and grandparents have a new fun way to play and create outside. 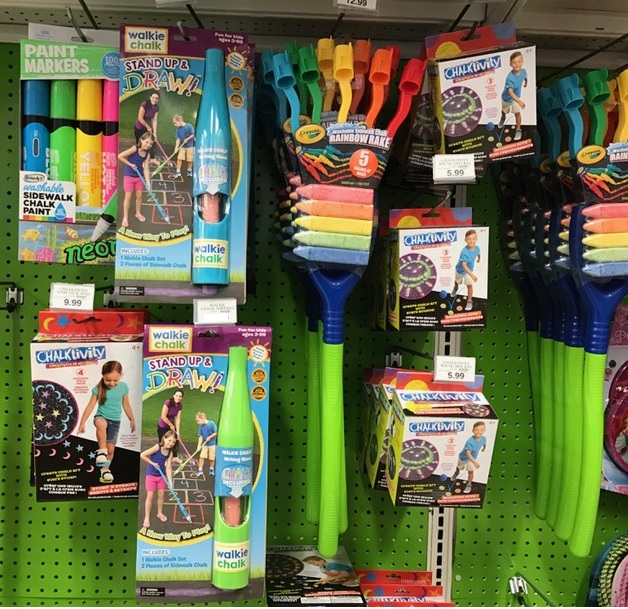 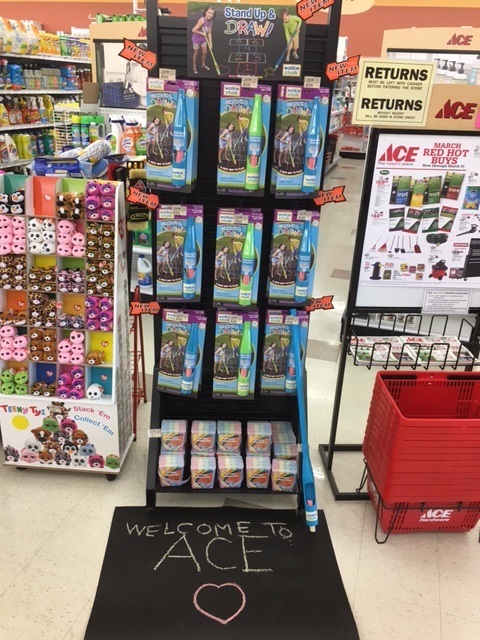 We basically invented Walkie Chalk in an Ace Hardware - special place to us....and they love Walkie Chalk too! 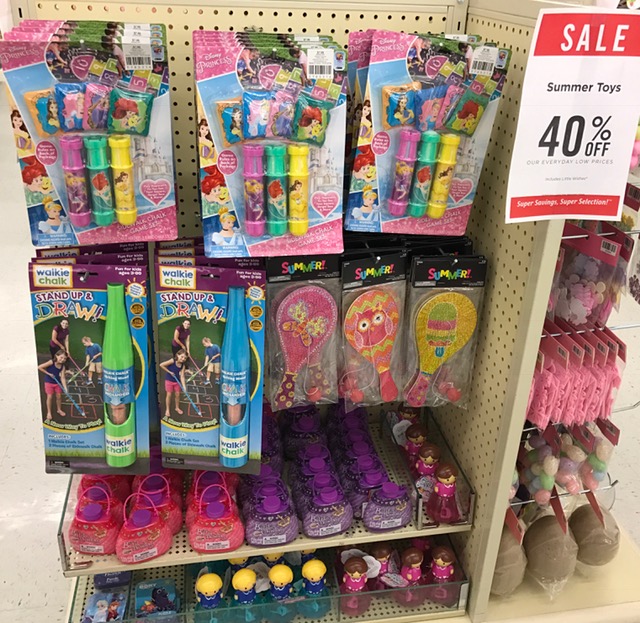 Our first purchase order and maybe the nicest people around, Hobby Lobby.... 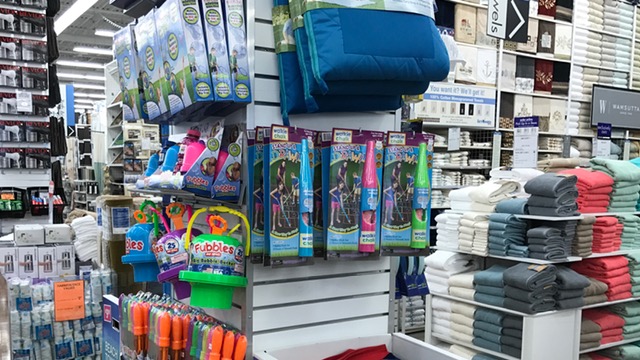 Bed Bath & Beyond - Temporary spot, Summer display is still in the works... look for us near the check out of your local store! Holiday Rush and the End of a Memorable Year

I didn't, that's for sure. Who buys sidewalk chalk stuff for Xmas? Don't they know it's 22 degrees and snowing out?

When we created it, I was focused mostly on the idea of a very seasonal summer toy - but people kept saying no, it could be year-round... well, given our Amazon stock, or lack thereof, I guess I was wrong. And glad to be wrong. As the chilly white stuff falls here in Michigan I keep forgetting that kids in nice warm places like Florida and Texas can draw sidewalk chalk all year. Lucky ducks!

We keep sending boxes to Amazon and they keep disappearing, and orders coming from all over - Biloxi AL, Darien, CT, Nashua, NH, Honolulu, HI, Las Vegas, NV or my favorite Conshohocken, PA! - . It's sort of the same feeling to have your product shipping to all these strangers - as it is a parent when you child goes off to school is playing with new kids - I just want to know, who are these people? Who is playing with our toy? But THANK YOU, from Ocean City to Century City, we appreciate it! 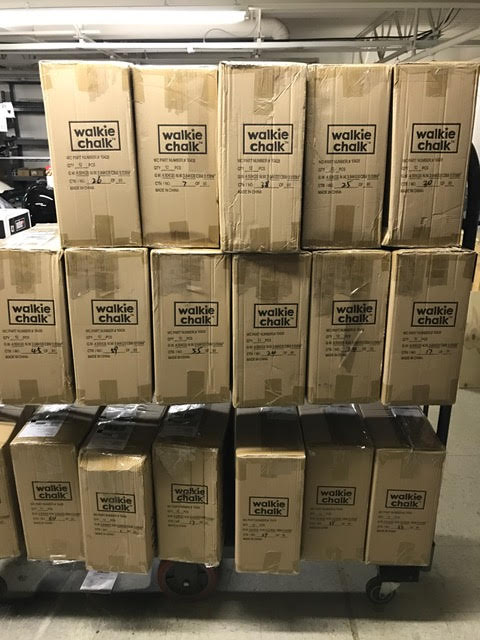 So as we head towards the end of 2016, we're thinking back on what a year it was. At this time a year ago, we had a single plastic 3D printed prototype of what we thought Walkie Chalk could be, no packaging, no web site and were stressed about the investment to take a giant leap of faith in production. 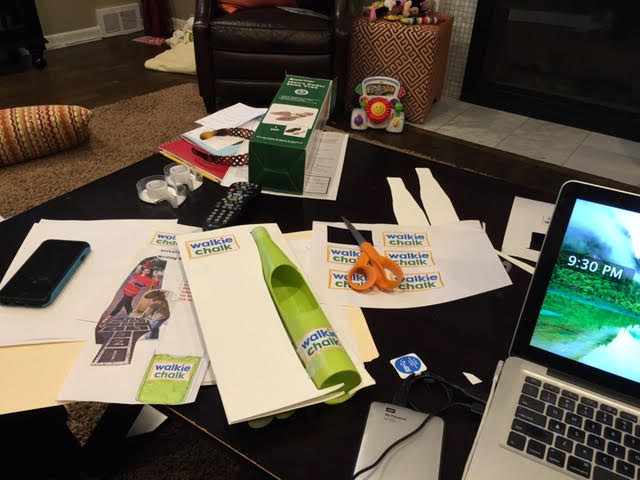 But, with a great investor, awesome manufacturing partners, the best graphic design guy on the planet (how we got so lucky, I'll never know) sleepless nights and support from our friends, we did it.We have shipments on their way to Toys R Us, Bed Bath & Beyond and Hobby Lobby right now, and we'll be on Zulily next week.

We also met amazing people, like Choon Ng who invented the RainbowLoom (the biggest toy of the last 20 years!) and have gotten calls and emails from buyers, parents and grandparents all around the world. The same guy in Australia keeps emailing asking when he can get a Walkie Chalk! 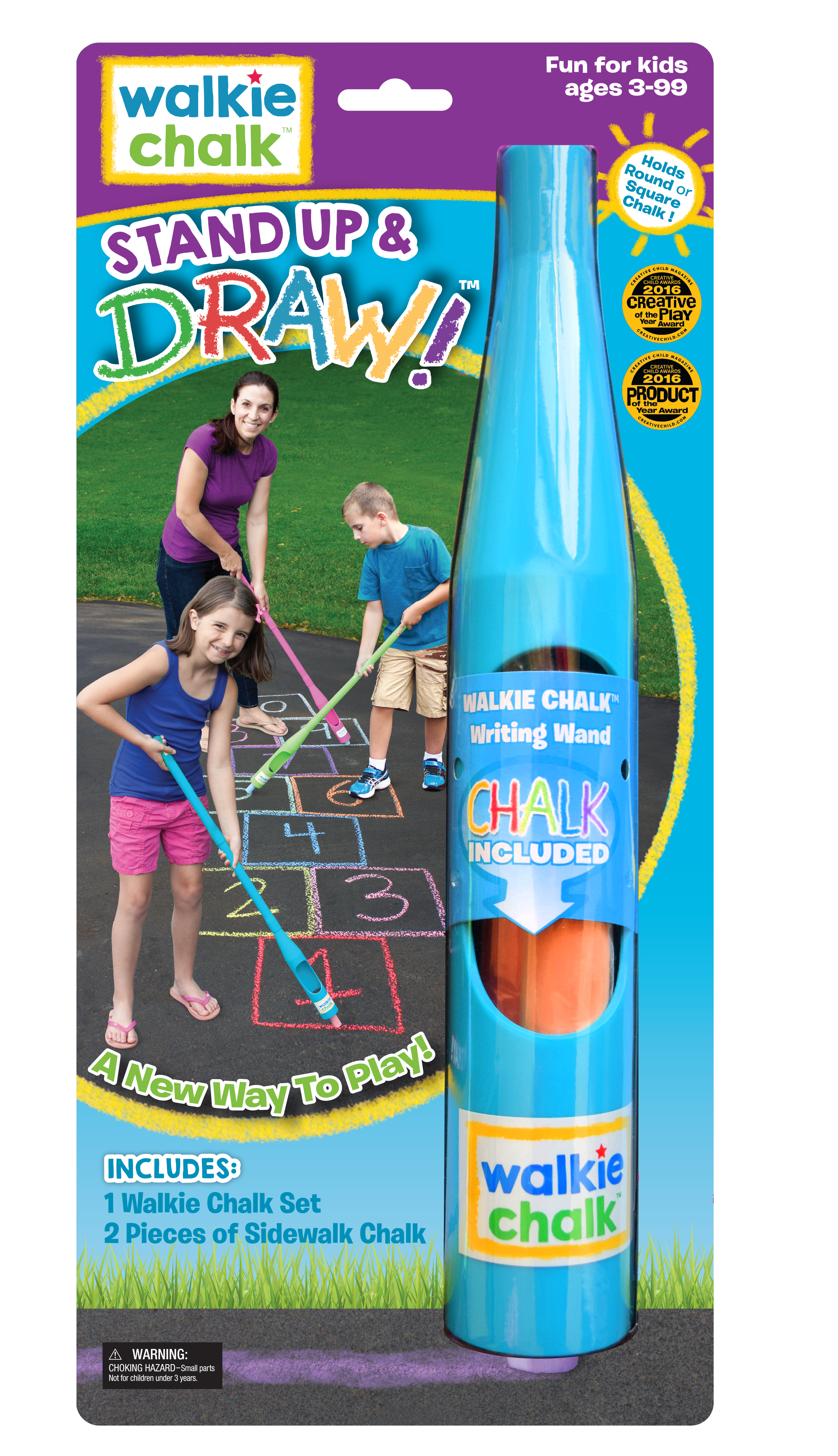 Now, we're getting ready for Toy Fair in February with our distributor, Talicor out of Kalamazoo, MI and from there it's onto 2018 planning already. Shauna is lining up some awesome PR for the summer too, so watch out! Who knows where Walkie Chalk will go or what happens to our little idea - but now we can say we did something and it was with your help and support that it happened.

We truly thank all of you guys for the encouragement, contacts and advice - it's been one heck of a 2016.